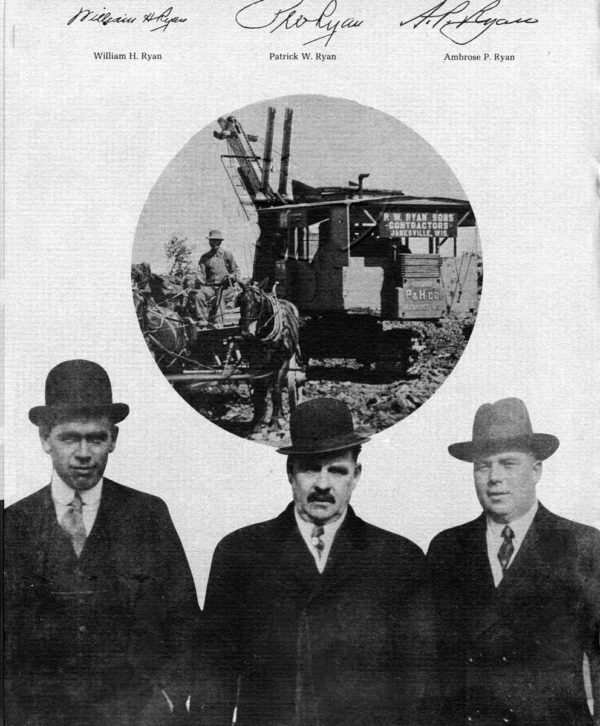 Patrick W. Ryan was the son of James Ryan, an Irish immigrant who brought his family to America in 1851 as a result of Ireland’s potato famine.

The James Ryan family settled in Southern Wisconsin and made their living by farming and renting horses and slip scrapers to the railroads.

By 1884 Patrick Ryan had established himself as P.W. Ryan an independent contractor. Most of his contracts were with the railroads as they built new lines in their expansion to the west.

Horse powered slip scrapers and elevating graders were the machines of choice.