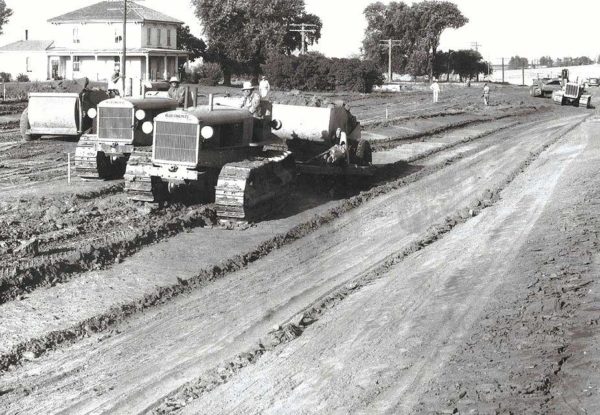 William H. Ryan, a 1908 graduate of the University of Wisconsin, went to work as an engineer for a railroad, but soon recognized that seniority was a major hurdle for a young ambitious man. So following the lessons learned from his father P.W. Ryan, he contracted with the railroad for a roundhouse in South Dakota and began his lifelong contracting career.

In 1913, as the highway construction industry was maturing, Bill Ryan formed a partnership with his brothers.

P.W. Ryan Sons soon became one of the largest grading and crushing contractors in the State of Wisconsin and Northern Illinois. Their period in history saw the great changes from the horses and mules to tractor drawn and self propelled scrapers, and the rise of Caterpillar, RG LeTourneau and other great manufacturers.