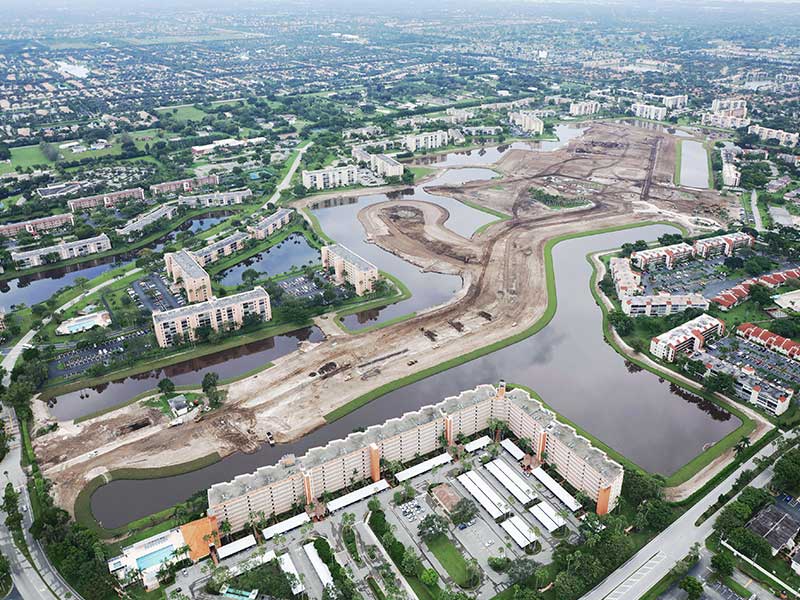 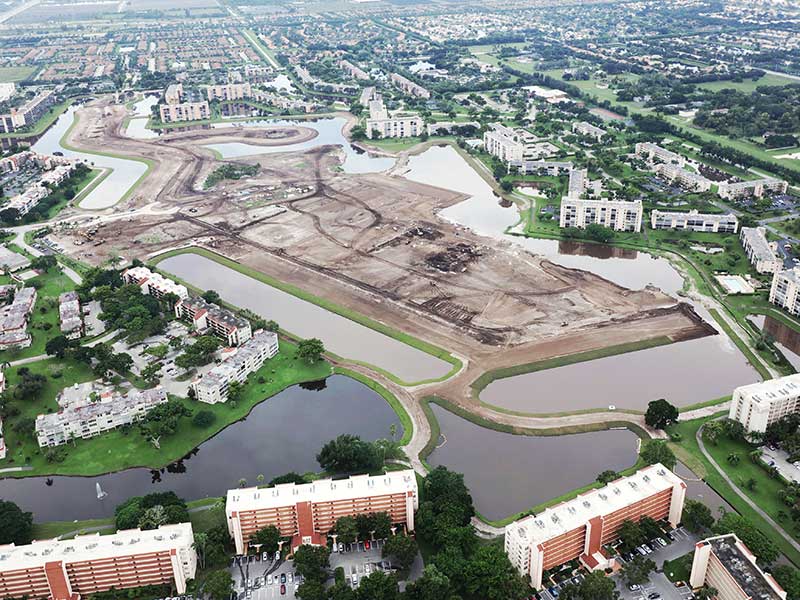 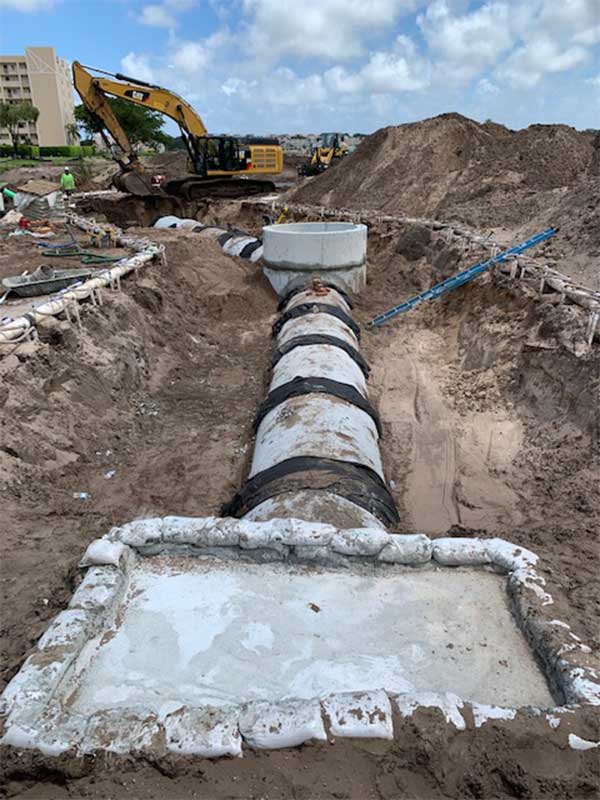 Ryan converted the abandoned Oriole Golf Course into single family home sites that will have lake views for almost every home, multi-family townhomes and a 7 acre parcel dedicated for a future multi-story apartment/Condo building. The site is approximately 109 acres. A complex soil management plan was implemented to handle the arsenic levels in the soil from the prior golf course activities. The existing lakes are being filled or reshaped in addition to excavation of new lakes to accommodate the new residential plan. First we cleared and demolished existing buildings and other structures. We then surgically carved out and disposed to a waste facility, various amounts of highly contaminated soils that were identified by the environmental engineer. We excavated approximately 700,000 cubic yards of dirt out of the existing lakes and mixed part of it with existing arsenic impacted soils in order to reduce the arsenic content to approved target levels for residential use. Once it was mixed, the material was tested and if it meets target levels, it was then placed, spread and compacted to bring the lots up to proper slab subgrade. Another environmental issue which further complicated construction was impacted water. Underground contaminated water existed in various areas of the project thus preventing us from dewatering proposed lakes. Due to the nature of the soils in these wet conditions, conventional excavators could not fully exploit maximum specified lake depth. We brought in a long stick excavator to extract the much needed fill that standard excavators would leave behind. This minimized the import of fill and saved the owner a lot of money. We also installed full drainage, force main, re-use water, lift station, water and sewer for this project. The contaminated ground water also presented a challenge for underground installation. We had to dewater in order to install pipe below the water table. The water we extracted had to be placed in a series of holding tanks and tested before it could be released. At some locations we pumped water from the lakes, well pointed from clean location or from fire hydrants to blend with water in holding tanks to dilute arsenic levels before releasing. Spoils from trench extracting during pipe installation also had to be confined and put back in place in the same order it came out in order to prevent recontamination of surface rehabilitated soils. Our scope also included roadway construction and off-site FDOT turn lane improvements. Fortunately all the environmental challenges were satisfied and we finished the subgrade, curbs, rock base and asphalt paving were constructed conventionally without any environmental hindrance.