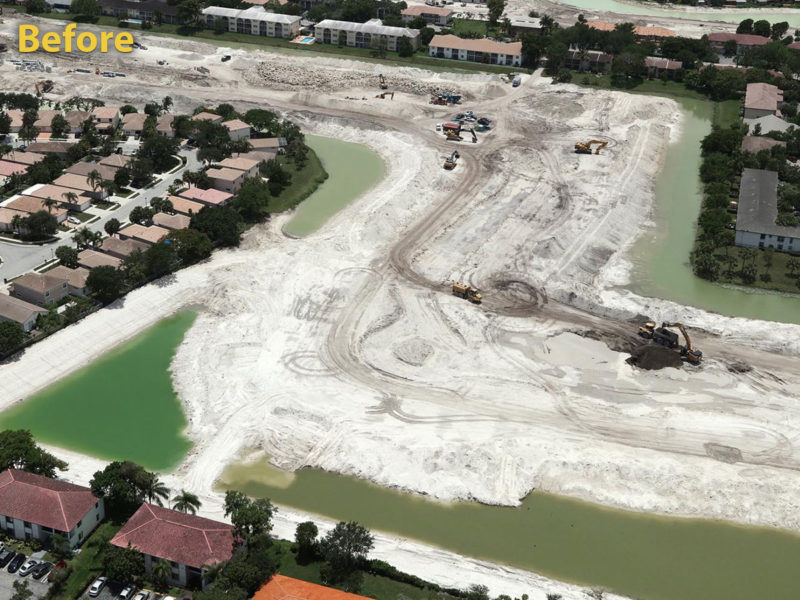 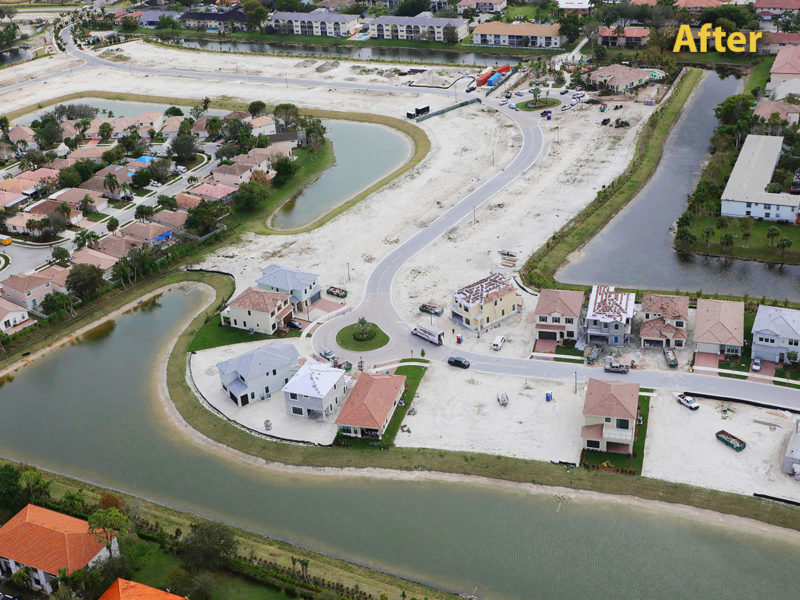 Formerly called Broken Woods Country Club, we converted the North portion of the abandoned golf course (under different ownership) into a single-family housing development consisting of 180 homes on just over 58 acres. We cleared and grubbed the site, then followed a strict soil remediation plan which included the removal of over 200,000 cubic yards of clean soil from the site. During the construction of the site utilities, much of the existing utilities required major by-passes to facilitate continued operations. This site also required off-site turn lanes on University Drive to accommodate ingress and egress.