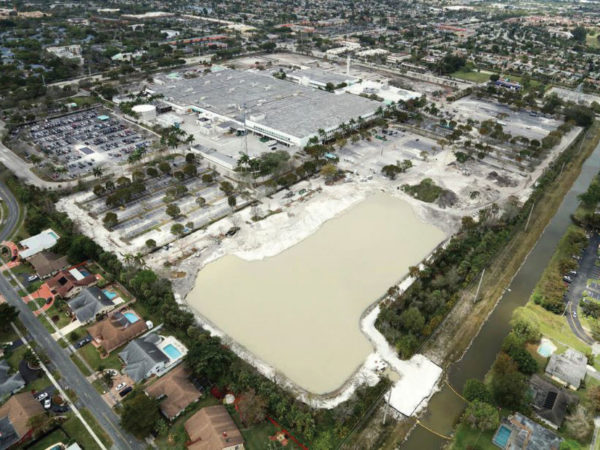 A $35 Million makeover of the former Motorola Facility, now called Plantation Pointe, is helping the City of Plantation transform a key piece of real estate into a new commercial and retail center. Purchased by Torbum Partners out of Illinois in 2013, the reconfiguration of this campus was designed by Civil engineer Kimley-Horn & Associates and will now be home to the entertainment technology company, Magic Leap. Motorola will still retain a presence at the site. Baptist Hospital and Sheridan Healthcare will also make Plantation Pointe their headquarters. As part of the makeover, two existing lakes were backfilled to make way for two additional out parcels, while a new lake was excavated in another location on the site. To accommodate the new development, two long runs of large diameter box culvert piping, thousands of feet of other required drainage and hundreds of structures, 2600LF of 12” DIP water main, a new lift station, and 2100LF of 12” force main. During the design process the General Contractor, Blue Water Partners, brought Ryan on board and we were able to collaborate with the engineer and owner producing many valuable ideas that saved the project time and money.