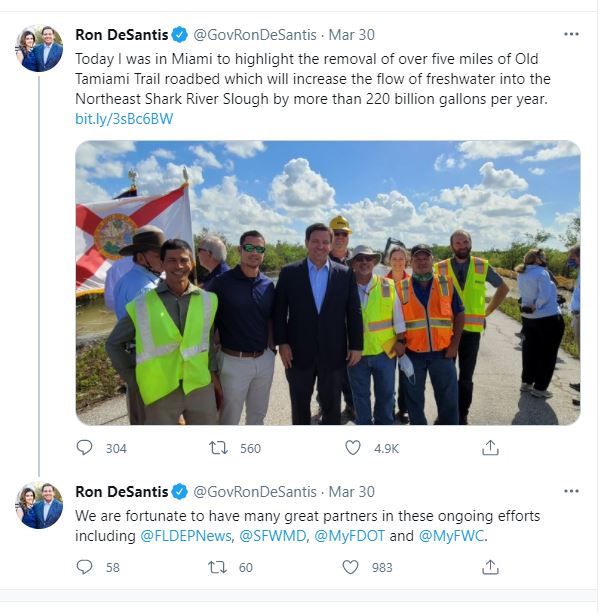 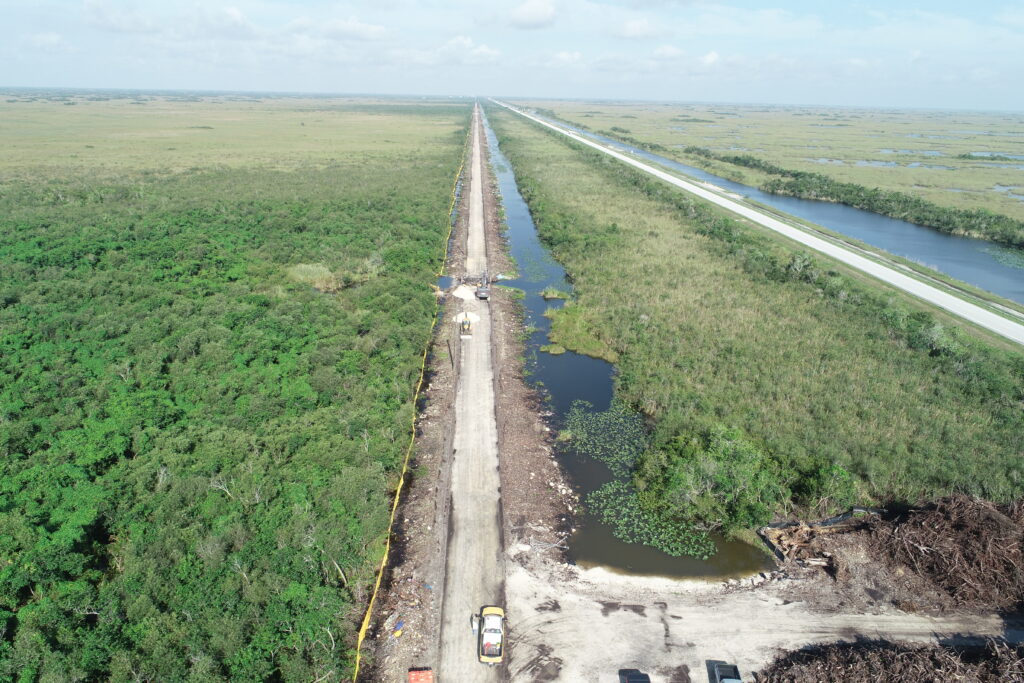 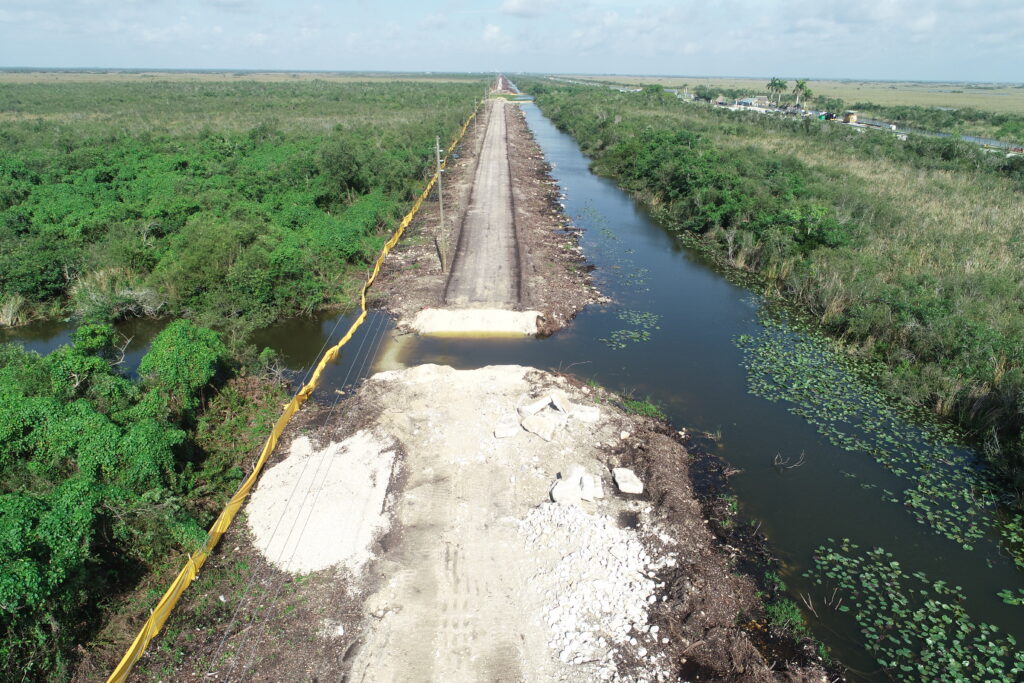 Everglades National Park was authorized a national park by US Congress in 1934 and covers 1.5 Million acres and 2,350 square miles. Since then it has been heavily altered by an intricate series of canals, levees, and drainage systems in an attempt to drain the landscape for development. Approved by Congress, these SFWMD projects are meant to mitigate the hydrologic challenges and return the landscape back to its previous state. Ryan was awarded the restoration of Old Tamiami Trail Road portion where we have been contracted to remove 5.5 miles of the existing roadbed that has acted as a barrier blocking the natural sheet flow of freshwater South into the Everglades National Park. This project encompasses several elements that will include the clearing and grubbing of 59.8 acres, installation of 29,000 linear feet of erosion and sediment control measures, turbidity curtain and monitoring, identifying, and monitoring invasive/exotic plant species as well as special-status species. We will build temporary access roads, install rip rap boulders at various entrances, remove existing vegetation and stumps and dispose of it all off-site. We will also remove and dispose of asphaltic roadway pavement off-site, excavate the roadbed material back to its original natural elevation, and permanently place the excavated material along the L-67 Extension. Another portion of our scope is to excavate and dispose of 90 buried overhead electrical poles and backfill the voids, grade the site and establish grasscover, remove and offsite dispose of 4 concrete bridges, three CMP culverts and vehicular gates, and salvage the S-346 bridge and deliver it to an off-site location. The project will require maintenance of traffic for the modern Tamiami Trail as well as design and implementation/installation of supplementary erosion and sediment control measures. The final step will be to seed and mulch over 100,000 square yards. All of these measures will help provide sheet flow of freshwater South into Everglades National park, alleviate high water emergencies in the water conservation areas that lead to wildlife flooding as well as preventing bottlenecks that hinder the ability to move water South out of Lake Okeechobee to avoid damaging releases to the coastal estuaries.