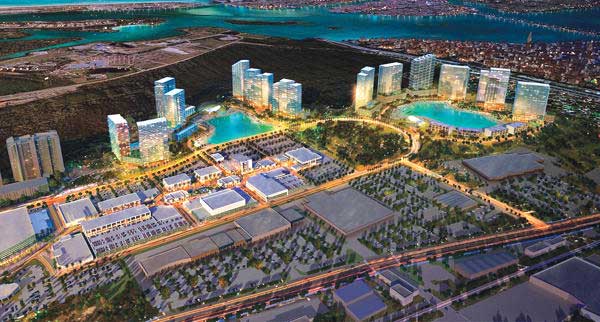 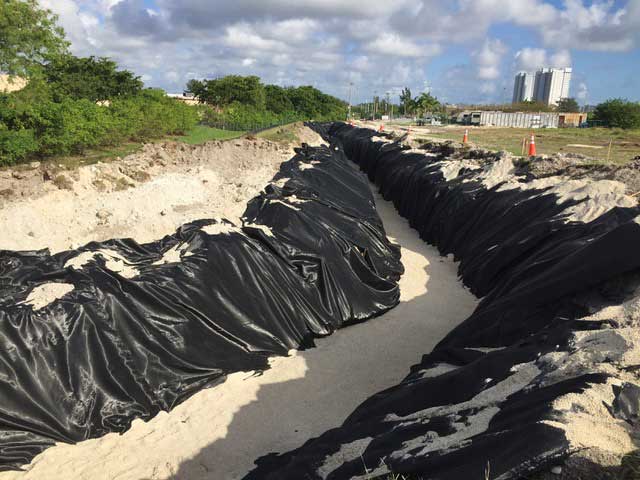 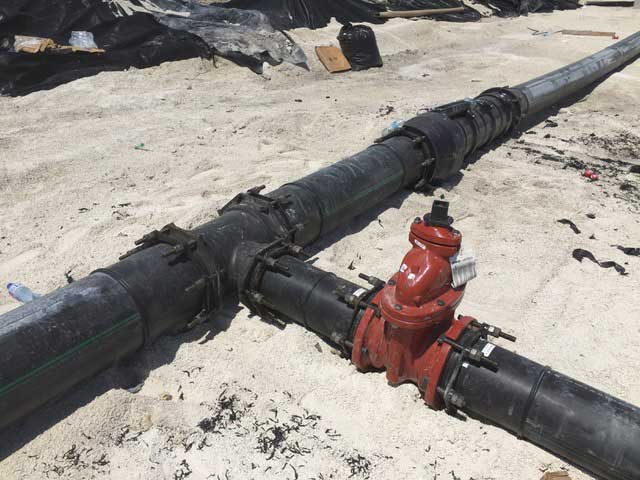 One of the biggest challenges facing today’s developers is finding new ways to improve existing areas. We teamed up with Turnberry / Fountainebleau to develop an abandoned / closed landfill located in a highly appealing South Florida location. The site required mass grading and earthwork improvements such as moving large amounts of clean organic material to a future landscape area, trash relocation to designated areas, processing of construction debris for reuse as onsite fill, and import of clean suitable material as well. Surfaces were seeded and sodded to complete the protection of the newly established grades. We then excavated dry retention areas, lining them and refinishing them. Deep wells and storm drainage associated with the site were also part of the contract. Keeping a clean environment albeit the use and treatment of rainwater were a large concern and had to be handled in a complicated but effective manner. A full utility infrastructure for a future development area was installed as part of the Spine Road contract.

Special mechanical joints, pipes, excavations, backfill and geo grids were required to comply with the difficulties of the design and complexity of the soils present in the area. Utility trenches were excavated, protected with non-woven fabrics, and structural imported backfill was used to prevent pipes and structures from movement and to function correctly. Duct banks, sleeve for future electric, phones and communications, were introduced as part of the trunk line of the development.

Heavy duty base and asphalt were installed, concrete curbs and sidewalks were poured and completed the so-called Biscayne Boulevard. Berms and landscape completed the initial contract.

Lastly, connections at each end of the Spine Road to the existing improved intersections as well as improved signalization were added for the improvement of traffic flow.